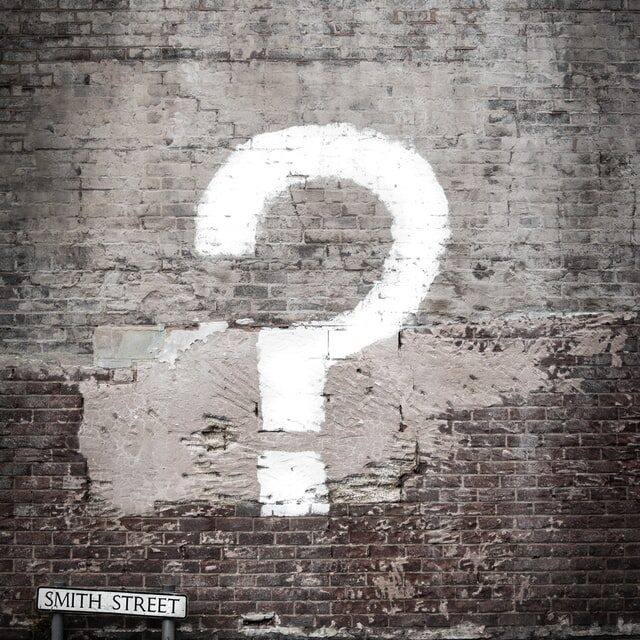 Since November 3rd I’ve had many questions but I’ll only ask a few here.  In today’s climate, there are some things we’re not supposed to ask, so I won’t ask everything I’m questioning.  I certainly don’t want to get cancelled or worse kicked off social media.  I do not plan to answer these questions here, I’m leaving that up to you.

Why did it take President Biden so long to give his first press conference?  Why is there very little press coverage of him on the few occasions when he leaves the White House? Why is he not delivering a State of the Union Address this year? Why is no one questioning his health or mental acuity when he often can’t remember basic things?

Why did members of the Democratic party and the press criticize President Trump when he called his opponents names, but when Democrats identify entire groups of people with insulting labels, there is no pushback. For example, we remember when Hillary Clinton called all Republicans deplorables and irredeemables.  How about when Joe Biden called Republicans and Trump supporters Neanderthals and Nazis? Nancy Pelosi, the Speaker of the House, compared conservatives to White Supremacists.  Andrew Cuomo said twice in the same interview, all Republicans are just a little bit better than child rapists. Why is the press silent when Democrats generalize everyone in a certain group with the worst attribute of a few?

Why are the rioters who stormed the Capital Building on January 6th labeled insurrectionists, but all of the rioters last summer were described as peaceful protesters as they burned and looted businesses, attacking and killing police officers and citizens who were doing their best to protect their own property?

Why are the President, the press and some citizens still listening to Dr. Fauci even though he continually changes his mind about how to fight the virus?  Why is he the only doctor being listened to when there are so many other doctors and experts on the subject?

Why does the cancel culture have so much power?  Where did they get it?  Who gave it to them?

Why is there very little press coverage of the crisis on the border? Does the Biden administration really think that the public will believe him when he says this unprecedented surge is Trump’s fault?

Why does it seem that liberals do not believe in the American Dream? The American Dream has been defined as “the belief that anyone, regardless of where they were born or what class they were born into, can attain their own version of success in a society where upward mobility is possible for everyone. The American Dream is achieved through sacrifice, risk-taking, and hard work, rather than by chance.” Is it because they don’t believe you are capable of achieving things on your own or is it because they want to control every aspect of your life?

Why do the Left and the cancel culture crowd expect America’s historical figures to conform to today’s “woke” culture?   How can they justify racist comments, sexual misconduct and other scandalous acts committed by those they do agree with?

When will the good, God-fearing, citizens of America say they have had enough? When will a majority of citizens realize that there is a war on freedom in America? That the cancel culture is attacking our 1st and 2nd Amendments as they attempt to cancel our history, our basic freedoms and our way of life?

My friends, it’s time to fight back from the evil that some men are doing to fundamentally change America. South Dakota Governor Kristi Noem said “They want to be our shepherds, that requires us to be sheep. I will not be a sheep.”  I will not be a sheep and I’m sure most of you do not want to be sheep either. But the far Left will not relent. Remember, only a government that is afraid of its citizens tries to control them. Our founding fathers knew that God’s children are meant to be free to think and act for themselves as they strive to be good citizens.

There is an old gospel hymn written in 1866 by William W. Bradbury “Marching Home.” Some may know it as “We Are All Enlisted.” The first verse is: “We are all enlisted till the conflict is o’er; happy are we! Happy are we! Soldiers in the army, there’s a bright crown in store; we shall win and wear it by and by. Haste to the battle, quick to the field; truth is our helmet, buckler, and shield. Stand by our colors; proudly they wave! We’re joyfully, joyfully marching to our home.”

Yes, we are all enlisted in this fight to save America.  I stand with you in this fight.  Things may look bleak today, but I don’t believe that this will last long. I am already seeing conflict in the ranks of the Left, as they try to exercise complete control.  Mike Pompeo gave us great advice when he said “Don’t let them wear you down, wear them down.” I urge everyone to have faith, hold on and never give up for the torch of liberty is difficult to extinguish.

Ski Ingram is a member of Lester Keate Post 90 of the American Legion in St. George, Utah and lives in Gilbert, Arizona.  He is a veteran and is a life member of five different veteran’s organizations as well as the NRA. He can be reached at Rangerski@cox.net.

where have all our heroes gone?