Ben Domenech, publisher of The Federalist, has asked the question “is America woke or awake?”  I don’t believe that most of America is “woke,” but I do believe that they aren’t awake either.  That question caused me to think about what it means to be “woke.”  Ben Domenech says, “wokeness means you don’t have to ask the hard questions.”  He goes on to say that the woke want you to accept whatever they say and believe. That wokeness “is designed to keep you asleep—asleep to the reality of what’s going on around you, sedated from having to do anything to fix a real problem.”

We have heard some say that America is on the precipice of losing its freedom. This is a scary thought.  I began to keep a record of what the woke believe, what they like and what they don’t like. It’s only a partial list, but I think it’s important that I mention them here.

These are a few of the things that the “woke” do not like: Conservatives, the Constitution, the Bill of Rights, our founding fathers, families, children, gender, babies, religion, Boy Scouts, small business, the police, the military, the rule of law, civil rights, talk radio, Rush Limbaugh, Fox News, and President Trump.

My question is, when will honest, freedom loving liberals wake up to how dangerous the “woke” are to our freedom?  I’m writing this a few days after we began the pull out of Afghanistan.  The Biden administration is doing their best to put a positive spin on this debacle, however anyone who is honest knows it’s a complete military failure.

I am hearing people compare this to the fall of Saigon, but I compare it to the disaster at Dunkirk in World War ll.  When Saigon fell, we didn’t worry about the North Vietnamese coming to America and attacking us.  When Dunkirk fell the worry was the Nazis would cross the English Channel and attack Great Britain.   With the fall of Afghanistan, no American will be safe anywhere in the world.

The fall of Afghanistan happened while President Biden was on vacation.  He returned to the White House for a few hours and told us that he decided to pull out of Afghanistan because he didn’t want to fight an endless war. He also said that he didn’t want one more American soldier to die there.  He then went back to Camp David to continue his vacation. Biden’s little speech sounded just fine to the “woke.” No one wants soldiers to die in a foreign war.   Why didn’t Biden have a plan to get all of the Americans out of Afghanistan? He didn’t think about all of the Afghans who helped us during the war.  He failed to plan what would happen when the Taliban began to take over the country.

Biden’s actions show that he does not care about people.   He didn’t care about the Vietnamese in 1975 when he told America we had no obligation to help the people as Saigon fell. Recently he showed he didn’t care about the Cubans protesting their oppressive regime when he declared if they came to America, he would send them back to Cuba.  Now he is abandoning the Afghans.  I’m wondering if he will help defend Tiawan if the Chinese invade?  Will he abandon Israel, South Korea and the Ukraine?

It’s time for Americans to wake up. They need to fight back against the “woke” who never ask the hard questions or consider the consequences of their actions. Its only interested is how it makes you feel at the moment. These are a few questions that “awake” Americans should be asking. Biden says he doesn’t want our young men to die.  Why has he done nothing to stop the hundreds of young men dying in our major cities in drive by shootings?  Why is he not pushing back against the “woke” who want to disband the police which makes America less safe for us all? Why is he allowing our southern border to be invaded by the criminal cartels who are getting rich off these poor souls seeking a better life.  Why does he not care about the drugs coming into the country, the human trafficking and the women and children being sold into sexual slavery?

I believe that America is at a tipping point.  It is past time for freedom loving Americans to wake up.  Your ignorance will be bliss until you find your country has changed and now you no longer have civil rights or freedom. The “woke” are destroying America just as socialism or communism has done in so many other countries. We are witnessing, in real time, what the “woke” is doing to Afghanistan. If things do not change and change quickly, we will be telling our grandchildren what it was like to live in a country where everyone was free.

I know there are more awake Americans then “woke” Americans.  I know that more Americans love their country, even with its faults, than hate this country. I know that most Americans feel the same way about the country as does Tamyra Mensh-Stock after she won a gold medal in Wrestling at the Tokyo Olympics, “I feel amazing. I love representing the U.S. I freaking love living there.  I love it, and I’m so happy I got to represent the USA.”

Like Tamyra, I love America.  I will never give in to the “woke.”  I will fight them anyway I can.  I will certainly remember the party of the “woke” when I go to vote during the mid-term election in 2022. I hope you will too.

Ski Ingram is a member of Lester Keate Post 90 of the American Legion in St. George, Utah and lives in Gilbert, Arizona.  He is a combat veteran and is a life member of five different veteran’s organizations as well as the NRA. He can be reached at Ski@Skiingram.com  Or www.Skiingram.com 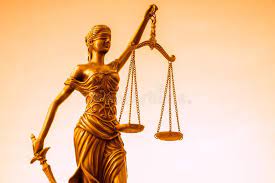