FOLLOWING AN ANGEL TO HEAVEN

It was August 26th, 1986 when we got the call, “unknown trouble 2507 Atlantic”.  I was working with Stuart Jones (3966), who was a rookie and has since moved to a different Police Department, (I don’t remember which one).  It was about 5:30 in the morning and still dark when we drove up to the location.  There was a group of 10 to 15 people milling around outside.  When we drove up the crowd moved toward us. They pressed up so close to the car that we both had trouble opening the doors and getting out.

All of the people were Hispanic and yelling at us in Spanish.  After a few moments I succeeded in informing the group that neither I, nor Stuart could understand them.  It was then that a male approximately 25 years old started yelling “THE BABY, THE BABY”.  After he repeated this a couple of times, the rest of the crowd began to say it with him, “THE BABY, THE BABY”.

The crowd started to move toward the apartment building, and as they moved, we were pushed along, we were surrounded and being propelled by the group’s movement. The apartment building was a wood frame structure with about 4 separate apartments all consisting of one room with a kitchenette and a bathroom.  We were all standing in front of apartment #2 and the group was pointing at it and still chanting “THE BABY, THE BABY”.

As I stood near the door wondering what the trouble was and what I should do about it, a woman about 22 years old opened the door.  She was holding in her right hand a very large hunting knife.  She was using her left hand to hold a large bundle in the front of her dress. The only item I could see was a baby bottle that was covered in blood and kept popping out of the top of her dress.  I could see that she had numerous cuts on her chest and arms. She was bleeding quite badly.  There was a very large blood stain on the front of her dress.

As I watched the blood stain growing larger, the crowd began pointing at the woman and shouting “THE BABY, THE BABY”.   As I moved toward the girl in the doorway, she slammed the door.  The crowd was becoming frantic.  There was a woman who appeared to be even more frantic than the others.  She was crying and being held back by another man who we later found out was her husband.  I immediately got a mental picture of this woman’s baby inside this crazy girl’s dress and possibly being stabbed by that very big hunting knife.

Fearing that the baby was bleeding to death, I decided to act quickly.  I began to push at the door with the girl pushing back and screaming at me.  With one large push I forced myself into the apartment.  As I entered, the girl ran to a far corner and held the knife in a threatening manner.  I got the impression that if I moved closer, she would stab herself in the chest, where the baby was.  I really didn’t want that to happen.

I backed out of the room and called for some help, then waited.  As I stood in the doorway, I could hear the mother crying “THE BABY, THE BABY”.  The woman with the knife was still holding it to her chest as if she would plunge it in at any moment.   I called over the radio and advised everyone to come in quietly so that the woman with the knife would not be spooked and do something like kill herself and the baby.

While waiting for backup officers to arrive, I tried my best to calm the woman, but that wasn’t easy with the mother crying “MY BABY, MY BABY” and the rest of the crowd doing their best to get into the room where they would have a perfect un-obstructed view of the drama unfolding before them.  My partner was doing his best to keep the people out, however that was difficult to do as the crowd was large and the language was foreign.

It seemed like it was taking hours for my backup to arrive since all I could do was watch the blood stain on the girl’s dress get bigger and bigger.  I just knew that the baby was bleeding to death, and if something wasn’t done soon it would die, if it wasn’t dead already.  I tried to inch closer to the girl, but every time I moved, she would hold that knife up to her chest as if she was about to push it in to the hilt.  I was afraid to do anything but wait.

Backup finally arrived.  Four or five officers arrived, but the only one I can remember being there was Jake Wallace. Now the trick was to get the knife away from the girl without getting the baby injured more than it already was.  We all began to move into the little room, spreading out along the walls.  All at once we jumped for the girl. I grabbed her right hand, the one holding the knife.  There were too many of us to control the girl.

I was having difficulty holding on to her wrist because her hand and arm were covered with blood. My hand was slipping off.  I was also being pushed away from her by my fellow officers as they tried to get closer and a better grip.

I knew if I lost my hold on the girl’s wrist, she would be able to use the knife on me and the other officers.  I couldn’t let that happen, so I held on.  I tried to reach in with my other arm in hopes of getting a two-hand hold on the knife, but I couldn’t reach it, there were just too many of us trying to get at her, we were getting in each other’s way in our attempt to control her.

All of a sudden, I felt myself falling.  We all fell on the bed that was in one corner of the room.  The bed was a couch bed and a cheap one. It broke in the middle when we all landed on it.  There were officers on the bottom of the pile, the woman with the knife in the middle and me and Jake Wallace on top.

The woman was trying desperately to stab herself.  She was pulling back on the knife with violent jerks.  My hand began to slip down her wrist. The blood was just too slippery, I couldn’t hold on, but I couldn’t let go either.  I held on with all my strength, but my hands kept slipping closer and closer to the blade.

My hand was at the hilt and ready to slip onto the blade when I noticed Jake Wallace with a fire extinguisher.  All of a sudden, I was covered in yellow dust.  It was everywhere in my eyes, in my lungs and worst of all, all over my uniform.  Not only could I not see, but I couldn’t breathe, and here I was fighting some deranged girl over a very large hunting knife.

I don’t know how I did it, but I held on to that knife.  The girl was choking, we were all choking.  Most important though, the girl had let go of the knife.  I tossed it into a corner of the room and helped handcuff the girl, and that wasn’t easy.  We were tired and sweaty, and covered with dust from the fire extinguisher.  Most of us were also covered in blood. In short, we were a mess.

After I managed to get the knife out of her hand and before getting her off the broken bed, I reached into her dress looking for the baby.  I pulled out the baby bottle, then a bunch of rags.  That was all there was. But where was the baby?  I couldn’t understand it.  I had risked life and limb for a baby bottle and some dirty rags.  I wanted my moment of glory, not that that was the only reason I had done what I did, but when something like this happens you just naturally want the accolades.

Recovering from my disappointment at not being a hero, I began to wonder, where was the baby?  Why was I called and what was I expected to do when I had gotten there?  What did these people want from me?

After the Paramedics had taken the girl off to the hospital, I found someone who could translate for us. I needed to know, what the in the world was going on.

This guy tells me that he lives in one of the apartments and was awakened at about 3:00 a.m. when the girl started pounding on his door.  He said that she was looking for a place to sleep.  He told her to go away. He could hear her pounding on each door in the complex and each person in that apartment telling her to go away.

One of the people in the complex opened their door and let her inside their apartment. He thought the girl may have been related to them. After a few hours the girl decided that she wanted to die. She knew that if she killed herself, she would go to hell which was not where she wanted to end up. She decided to take the couple’s baby, kill it and then herself and knowing that the baby would go to heaven, hold on to its spirit and ride it to heaven.

She found the knife on the kitchen table and the baby in its crib. As soon as she picked up the baby she began to stab and bite it. When the baby began to cry, the father jumped out of bed and snatched the baby away from her. He and his wife ran out of the apartment and called the police.

Both the baby and the woman were taken to Memorial hospital for treatment.

We filed kidnapping and attempted murder charges on the woman however as you might have guessed she was as crazy as a loon, so she was put in a mental hospital.

We learned later that everyone knew she was crazy and didn’t want anything to do with her. That’s why no one would let her inside their home. It was her cousin, the baby’s mother, who felt sorry for her and let her in out of the cold.

I never did find out what became of the baby.  Her parents were illegal aliens; I was surprised that they even called the police.

As remembered by Ski Ingram October 2008 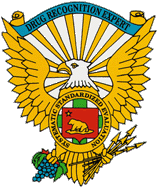 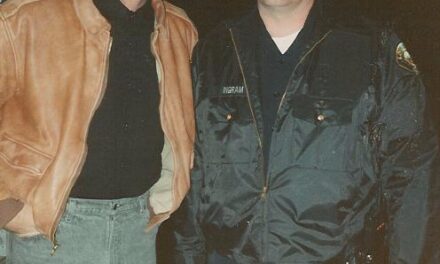