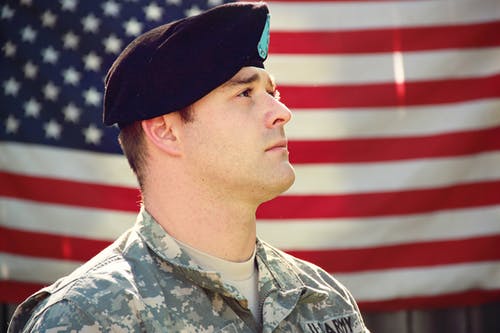 When raising the flag on Memorial Day it should be hoisted briskly to the top of the staff and then lowered solemnly to a position halfway between the top and bottom of the pole. At noon the flag is to be raised to the pole’s peak and remain in that position for the remainder of the day.

For years, Americans have celebrated the last Monday in May as Memorial Day, a day to remember those who have died in our wars. This unique custom is to honor our war dead in the morning and our living veterans for the rest of the day. No one knows the exact date this tradition began, but an Army regulations book from 1906 carries instructions outlining the procedure. In 1924, Congress codified this tradition into U.S. Code Title 4, Section 6, with this proclamation, “For the nation lives, and the flag is a symbol of illumination.”   This explains that the noon raising of the flag symbolizes the persistence of the nation in the face of loss. The first part of the day, while the flag is at half-staff, the nation is honoring those who gave their all. The second half of the day, while the flag is at full-staff is to honor those veterans who are still living.

The origins of why a flag is flown at half-staff as a way to honor our war dead is unclear. Some say the lowered flag allows room for an invisible flag of death to fly above it. Others point to the tradition in naval warfare of lowering a flag to indicate surrender. Others claim that lowering a flag symbolically recreates the ancient Greco-Roman tradition of signaling death with a broken column or staff. No one really knows why it is done, but currently 21 countries use a lowered flag to honor their own dead.

Honoring the dead, especially the war dead, played a key role in post-Civil War America. Both the Union and the Confederacy began honoring fallen soldiers before the wars end.  War widows honored their dead by combing battlefields in search of their fallen relatives to give them a proper burial. Later, mourners left flowers at these grave sites which eventually became Decoration Day and later Memorial Day as we know it today.

Memorial Day celebrations began to fall out of practice in the beginning of the 20th century, but then reentered popular practice during World War I. After World War II, veterans’ groups, led by the American Legion and the Veterans of Foreign Wars, began to lobby for the creation of a separate holiday to honor living veterans which became Veterans Day. Memorial Day became a day to exclusively remember and honor the sacrifice of those who fell in battle. The raising of the flag at noon is to signal of hope beyond death, and to honor those who survived our wars.

Whenever the flag is flown at half-staff, other flags (including state flags) should be removed or flown at half-staff as well. For flags that cannot be lowered, such as those mounted on homes, it is acceptable to attach a black ribbon or streamer to the top of the flag pole, directly beneath the ornament at the top of the pole. This ribbon or streamer should be the same width and length as a stripe on the flag. 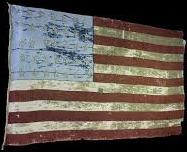 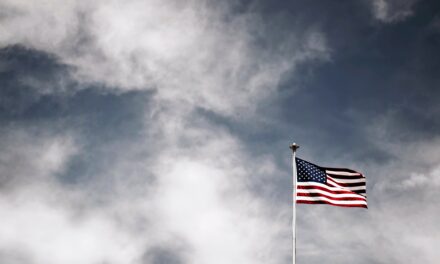