When Will Enough Be Enough? January 2022

In 1976, the Academy Award-winning Best Picture was Network.  In the movie, Peter Finch plays a newscaster named Howard Beale. He is fed up with the world and has a nervous breakdown.  While on the air one night he begins to complain about all of the things that are wrong in the world and all of the things that we, the people, have no control over. He complains about people being out of work or afraid of losing their job, Inflation, high oil prices, and as he says the “punks running wild in the streets and no one seems to know what to do about it,” and the other crazy things that have changed and people believing that it’s normal. At one point, during the broadcast, he goes to an open window and yells “I’m as mad as hell and I’m not going to take this anymore.”

I’m not at the point where I am going to go outside and scream but I am asking this question to anyone who will listen, “when will enough be enough?”  When Barack Obama was elected to the presidency, he told us that he wanted to “fundamentally change America.”  Few people understood what he meant by that. Now, a few years later, we understand.  His plan, along with the progressives, was to change America into a country we would hardly recognize.  This plan was progressing slowing until Covid hit. With the world dealing with a pandemic, the plan to fundamentally change America is now moving at light speed.

Just a few of the fundamental changes taking place in America in the last few months are: how crime is being adjudicated, drugs being allowed across the border, inflation out of control, the growing threat from Russia and China, food shortages in grocery stores, Illegals flooding over the border in record numbers, and the dividing of Americans by imposing vaccine and mask mandates on the citizens. It is no wonder that as of this writing President Biden’s approval rating in some polls is at 33%. That means two out of every three people in America disapprove of Joe Biden’s presidency.

I believe there are many reasons why Biden’s approval rating is so low.  One reason is his handling of the border and Covid.  Biden is doing nothing to stop illegals from crossing our borders while at the same time he does not require them to wear masks or be vaccinated.  In fact, he is sending these unvaccinated people all over the United States in the dead of night. Yet, he is trying to pass mandates on U. S. citizens to wear masks and get vaccinated against their will.

Crime statistics are through the roof in Democrat-run cities and states.  District Attorneys, elected with George Soros funding, are releasing violent criminals from incarceration without bail so they are free to commit more heinous crimes without the fear of going to jail.

It was just reported that the inflation rate is at 7%, the highest since 1982. That’s a forty year high. With inflation out of control, the Biden administration still wants to pass his Build Back Better bill, which some economists predict would add at least seven trillion dollars to our deficit.  If the deficit skyrockets, the inflation rate will only rise.  Along with inflation America is having a supply chain issue.  Food shelves in stores are bare, meat, chicken and other goods are hard to get. Today a gallon of gas is almost 50% more than it was a year ago. What is the Biden administration doing about it?  President Biden just had a long press conference where he confirmed that he is not making any changes to his policy going forward. More of the same will just bring America more of the same.

It was just reported that Joe Biden was warned in a January 2020 Inspector General Report what would happen in Afghanistan if he continued his plan to exit the way he did.  There is no denying that our withdrawal from the country was an utter failure causing thirteen American service members to lose their lives and countless other Afghans to be killed or forced to live in fear of the terrorists who have taken over the country.  If that wasn’t bad enough it was just reported that the Biden administration is planning to send 308 million dollars in aid to the Taliban government in Afghanistan.

Today, due to Biden’s failures in Afghanistan and his perceived weakness on the world stage, Russia is poised to enter the Ukraine in a military takeover of that country. China is threatening to invade Taiwan.  North Korea has fired at least four intercontinental ballistic rockets toward Japan.  Iran fired at least one rocket into our embassy in Bagdad.  If that is not enough, we just witnessed a terrorist attack on our own soil for the first time in many years.

The 2022 mid-term election will be held in November.  I am hoping to see an awakening of all who love America, all who love the freedoms we have enjoyed for 245 years.  I am hoping that at least 66% of Americans are thinking in their hearts “I’m as mad as hell and I’m not going to take this anymore,” and ask themselves, “when will enough be enough?”

March 2021- Are we still a freedom loving country? 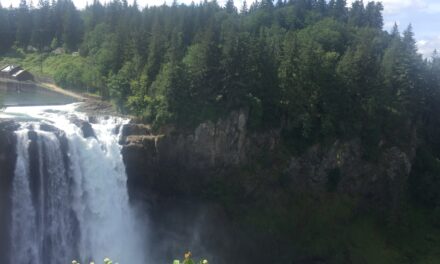 Where is the honor?