It is my belief that most people want order and balance in their lives. When we have disorder and our lives are out of balance, when there are problems in our lives, it can lead to mistakes and making unwise decisions, I call this tumult.

I’ve seen this happen with family and friends. When they are experiencing too much tumult, they turn away and do not care about what is happening in the news and, most distressing, politics. Thomas Jefferson warned, “Freedom is lost gradually from an uninterested, uninformed, and uninvolved people.”

One way to overthrow a government is to cause disruption in that government by having its citizens lose faith in their elected leaders. I believe that most people appreciate stability or equilibrium in their lives, not disruption, confusion, confrontation, or tumult. Tumult is a state of disorder, commotion and distress. It is also defined as a violent uprising that can lead to rioting.

If you are paying attention you can’t help but notice how the left is spreading tumult throughout America.  Before some of you complain that this happens on both sides of the political aisle, I challenge you to name a few instances where it has.  Below are a few recent examples where the left is spreading discontent or tumult.

Twenty-seven-year-old Democrat supporter, Gregory Timm, drove his truck through a Republican booth registering voters in Jacksonville, Florida.  A witness told police that after driving through the booth he backed up, took out his cell phone to record the damage, made obscene gestures and then drove away.

An Arizona State University Student walked up to a group on the Tempe campus who had set up a table in support of Donald Trump. The student was recorded screaming that all Trump supporters should be beheaded.

The Republican National Committee office in Albuquerque, New Mexico was spray painted with graffiti. The vandals wrote on the walls “Still Traitors.”

Former San Francisco Giants first baseman Aubrey Huff responded on Wednesday to the fact that he was uninvited to the team’s scheduled 2010 World Series reunion because of his social media posts. Huff believes he is being snubbed because of his “political leanings,” as he is a gun rights advocate and a Trump supporter.

Conservative activist Kaitlin Bennett, known as “gun girl,” celebrated her graduation from Ohio University in 2018 by posting photos of herself with an AR-15 rifle strapped to her back. On Monday, February 17th, she showed up at Ohio University to film herself asking students trivia questions about President’s Day. But students were having none of it. Mobs trailed her, and then her vehicle, some shouting epithets and a few hurling drinks and other objects at the truck she was in as it crept toward the campus exit.

These are only a few examples of how those on the left treat those on the right.  We continue to read stories of people being assaulted for merely wearing a MAGA hat.  Cars being vandalized because they have a Trump sticker on the bumper. I again ask, where do we read about these types of things happening to those on the left.

One goal by some on the left is to limit or abolish the police, ICE and Border patrol.  In practical terms, this would guarantee disorder and tumult. In Oregon, police are banned from asking too many questions during legal police stops.  This will prevent the police from discovering other crimes through their questioning of these already legally detained subjects.

The left say they are fighting global warming.  They say we only have 10 or 12 years to pass laws to save the earth. But their actions are not consistent with their rhetoric. Many are doing nothing to reduce global warming.  At their rallies they leave piles of trash.  The rich and famous fly in private jets, have numerous houses, and leave a huge carbon footprint. They want you to live by these onerous rules, while they do not.

Think about why the left are fighting to let more and more illegal aliens into the country. The 2020 census is coming up. The more illegals they can count the more congressional representatives they can have.  They know that most minorities, which includes illegal immigrants, tend to vote for the democratic candidate.

No one likes tumult, contention, or disorder, so why do we put up with it?  Why have so many on the left lost their faith in America? I heard someone say recently about the values of the left, “they have no ceiling; they have no floor.” If you have no values, it’s easy to believe nothing or everything as your rules in life change with the social fabric of those around you.

We all acknowledge there is trouble in America.  We are divided mostly by hate for the other side. I read a meme on Facebook the other day.  It was a plea really. It said “Stop Hating.  Never in my life have I seen such a disregard for our president, our veterans, our police, our babies, our religion and human life.”  It’s just too bad that more of us do not remember the words of President Abraham Lincoln from his second inaugural address. “With malice toward none, with charity for all, with firmness in the right as God gives us to see the right, let us strive on to finish the work we are in, to bind up the nation’s wounds, to care for him who shall have borne the battle and for his widow and his orphan, to do all which may achieve and cherish a just and lasting peace among ourselves and with all nations.” 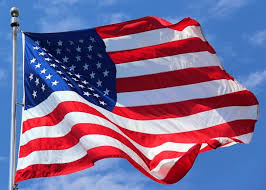 america, land of promise and destiny

March 2021- Are we still a freedom loving country?